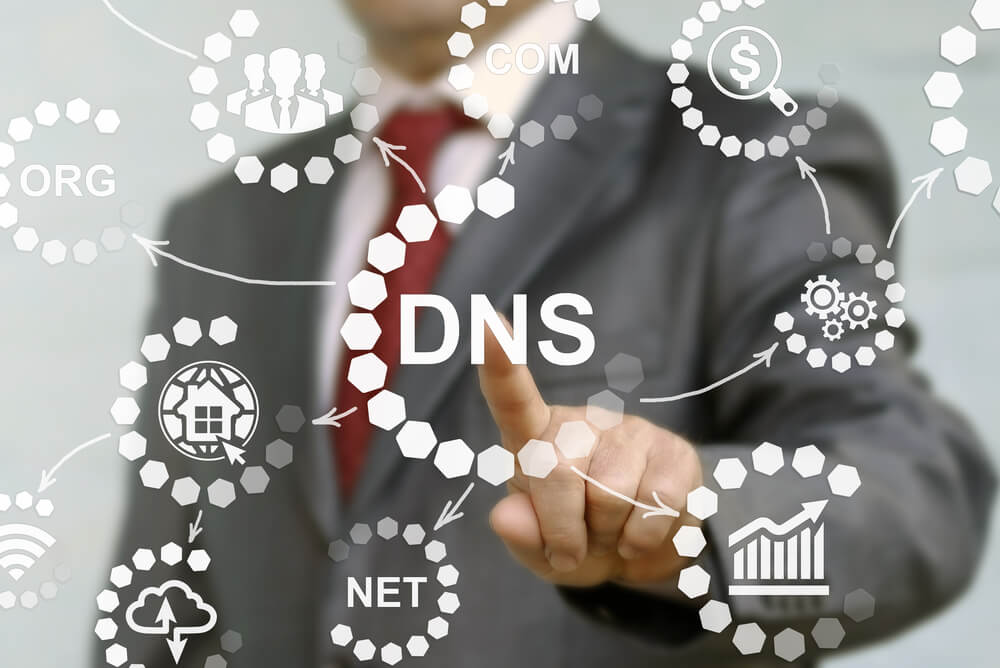 The global cybersecurity landscape is becoming crowded both with threat actors and security solutions. When it comes to security threats specifically, attacks are becoming more and more sophisticated, and the amount of damage they cause is also increasing. In 2018, hackers stole almost half a billion personal records.

These security breaches were accomplished by using different tactics such as phishing, denial-of-service (DoS), and ransomware attacks, to name a few. And the threat actors successfully carried out these attacks, not because victims don’t use cybersecurity solutions, but because not all systems monitor every type of vulnerabilities — including the ones that have to do with DNS misconfigurations.

The key is for companies to decide which cybersecurity solutions best fit their business model strategically. For organizations that rely mainly on websites and email communications, including Domain Name System (DNS) record checks aided by a DNS database or DNS lookup tool may be their best bet.

How DNS Tools Can Strengthen a Company’s Cybersecurity Posture

The Significance of DNS

DNS acts as a translator between human beings and computers. It converts what humans type into their web browsers into numerical strings called IP addresses, which are better understood by computers. So, when a user types in whoisxmlapi.com, for example, a DNS lookup takes place in a matter of milliseconds, where the system resolves the domain to the IP address, which is 206.225.82.106.

DNS is akin to a global directory and has been an integral component of the Internet since the 1980s. Websites, emails, social media, and almost any service that uses the Internet rely on DNS to resolve IP addresses into hostnames every second of the day. Otherwise, these services stop working, gravely affecting business operations.

DNS as an Attack Vector

DNS is also, unfortunately, an effective attack vector. That is primarily because many organizations tend to overlook it when beefing up their cybersecurity infrastructure. But when bad actors find that a company’s DNS server is unsecured and vulnerable, they can launch DNS-based attacks such as the following ones:

There are a lot more types of DNS-based attacks, but most of them are already variations of DoS attacks or DNS poisoning. Most of them have the same goal, which is to overload your server with multiple requests until it stops working or to redirect DNS requests to malicious sites.

For a long time, DNS worked as a real-time system where data related to queries and resolutions disappeared right after the event. There was no way to see which domains resolved to a particular IP address and all other DNS records in any zone. This feat, however, was addressed when Florian Weimer introduced the concept of passive DNS in 2005.

Passive DNS is a way for IT professionals and website administrators to get a glimpse of their DNS history. As such, it makes threat detection, response and investigation a lot easier.

What Analyzing DNS Records Can Tell You

Let’s take a look at an example showing how DNS records can be a starting point for investigations and follow-up actions.

We ran stk-frumonline[.]com, and PhishTank suspected this particular domain to be involved in phishing activities, on our DNS Lookup API and found two DNS records — an A record and a start of authority (SOA) record. 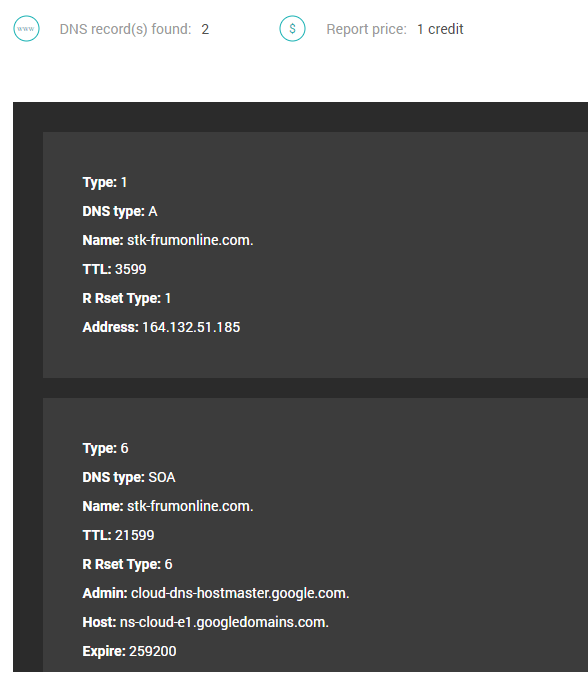 Next, we used Reverse IP/DNS Search to see all of the domains that resolve to the same IP addresses, effectively detecting other potential phishing domains. 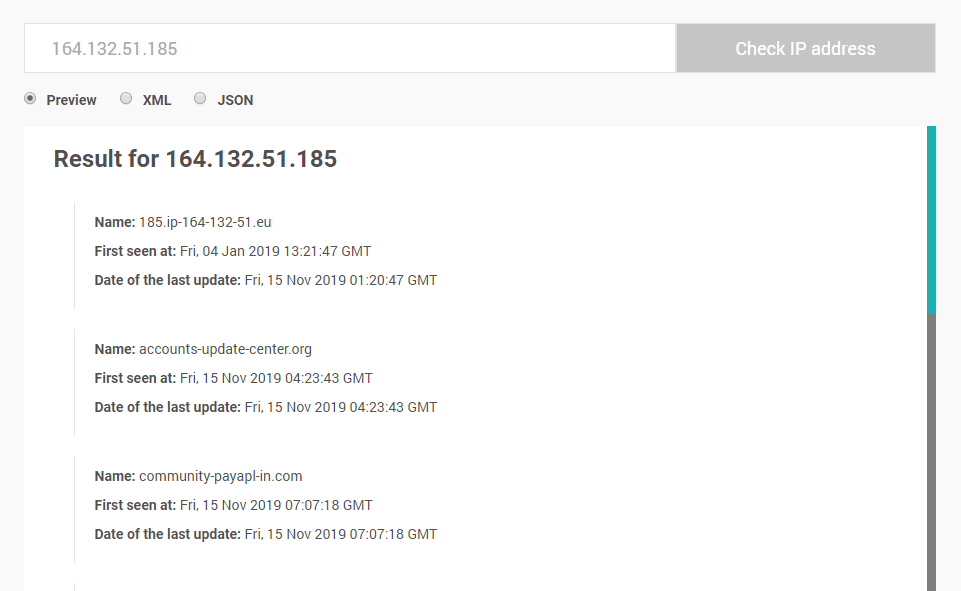 If the domain is indeed involved in phishing activities, organizations would be better off blocking access to the other associated domains too.

Threat actors always look for weak points in an organization’s overall IT ecosystem, and when they find a hole, they can infiltrate its network. That is why checking the overall health and integrity of your entire domain infrastructure is essential. Doing so can help you identify possible attack vectors you’d otherwise miss.

Passive DNS-based tools give you a glimpse at your DNS configuration. You can integrate DNS Lookup API into your current security systems or download our passive DNS database to power up your threat intelligence.